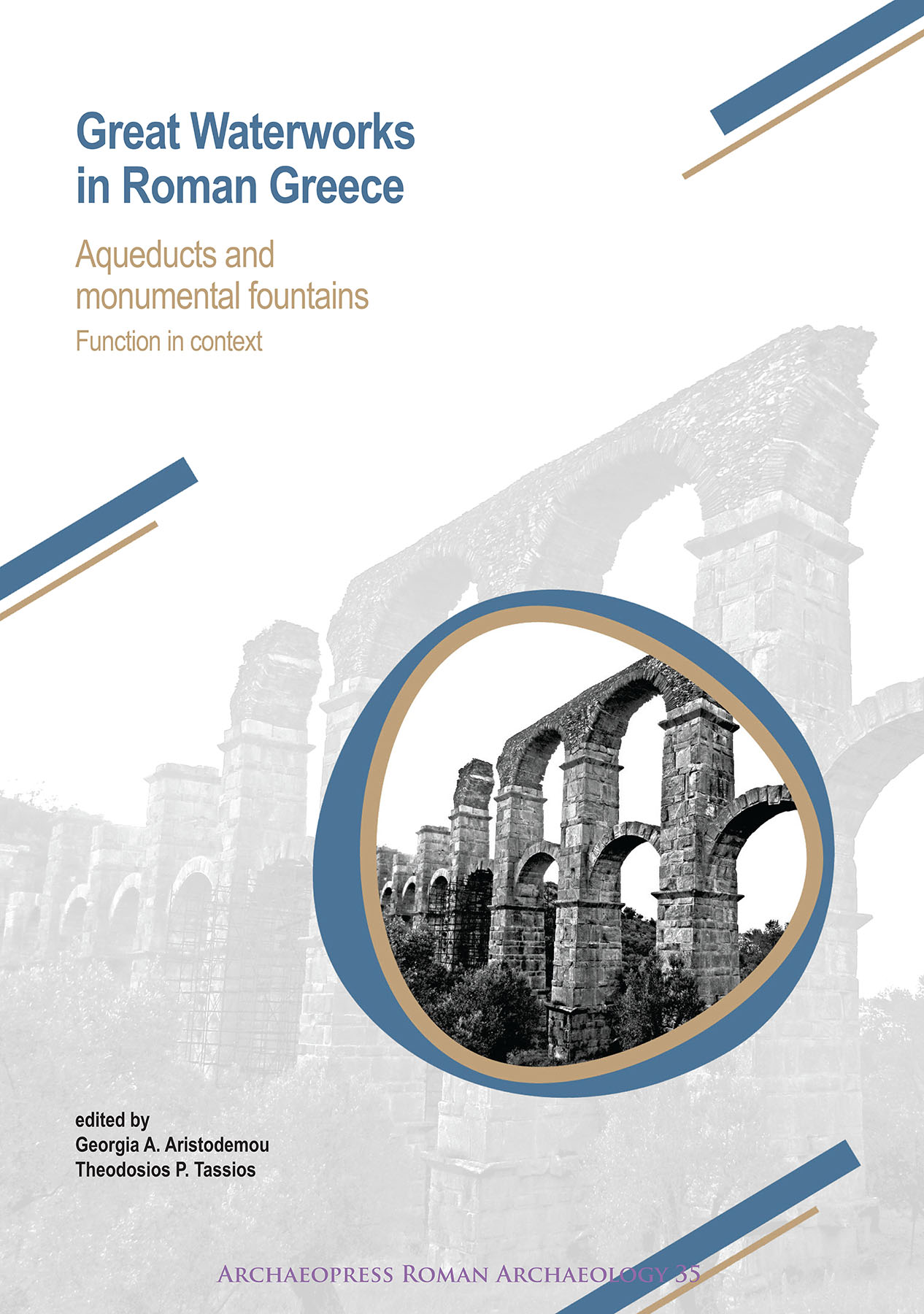 Illustrated throughout in colour and black & white (52 colour plates)

This volume is the first presentation of large scale waterworks in the Greek provinces of the Roman Empire. As a collective work, it brings together a wide body of experts from the newly emerged and expanding field of water technology and water archaeology in Roman Greece, and it fills an essential gap in archaeological research.

In recent years an increasing worldwide awareness of the importance of water management in the ancient civilizations has generated much new discussion on water archaeology in ancient Greece.

The present volume, Great Waterworks in Roman Greece, consists the very first presentation of large scale waterworks in the Greek provinces of the Roman Empire. As a collective work, it brings together a wide body of experts from the newly emerged and expanding field of water technology and water archaeology in Roman Greece, and it fills an essential gap in archaeological research and relative bibliography regarding water management and monumental water structures in Greece during the Roman period. Among the main goals that this multi-author volume attempts to succeed is to show that great waterworks (namely aqueducts and nymphaea) not only were novelties in the Greek provinces, both in form and function, but they also changed the architectural landscape of their surrounding environments, and they introduced the concept of luxury in the urban landscapes of Roman Greece. The discussed papers deploy along a wide geographical area, covering the roman provinces of Macedonia and Thrace, Epirus, Achaia, the Aegean islands and Crete, between the 1st century BC and the 4th century AD.

Collective studies such as this, not only will enlighten and promote the multifaceted significance of the archaeological remains regarding water management technology of the Roman period in the Greek regions, but they will also reveal the significant impact of the Roman technological heritage in the Greek territories.

PART I: AQUEDUCTS ;
Vaulted-roof aqueduct channels in Roman Macedonia – by Asimina Kaiafa-Saropoulou ;
The Aqueduct of Actian Nikopolis – by Constantinos Zachos and Leonidas Leontaris ;
The water supply of Roman Thessaloniki – by Manolis Manoledakis ;
The Hadrianic aqueduct of Athens and the underlying tradition of hydraulic engineering – by Eustathios D. Chiotis ;
The Hadrianic aqueduct in Corinth – by Yannis Lolos ;
The Roman aqueduct of Mytilene – by Yannis Kourtzellis, Maria Pappa and George Kakes ;
Roman aqueduct of Samos – by Τelauges Ν. Dimitriou ;
‘A Roman aqueduct through the Cretan highlands – securing the water supply for elevated Lyttos (Amanda Kelly) [Open Access: Download] ;

PART II: NYMPHAEA ;
Shifting tides: approaches to the public water-displays of Roman Greece – by Dylan Kelby Rogers ;
Fountain figures from the Greek provinces: monumentality in fountain structures of Roman Greece as revealed through their sculptural display programs and their patrons – by Georgia Aristodemou ;
The monumental fountain in the Athenian Agora: reconstruction and interpretation – by Shawna Leigh ;
New water from old spouts: the case of the Arsinoe fountain of Messene – by Mario Trabucco della Torretta ;
Reflecting the past: the nymphaeum near the so-called Praetorium at Gortyn – by Brenda Longfellow

Georgia Aristodemou is a Researcher of Roman Archaeology. She completed her MA and PhD studies at the Aristotle University of Thessaloniki. Her research and publications focus on monumental architecture and the sculptural display programmes deploying on the facades of theatres and nymphaea in the Eastern Provinces of the Roman Empire, along with their impact and use in the formation of social, cultural and political identities in the provinces. She served in various museum projects and excavations throughout Macedonia and Thrace, especially in the region of Kavalla and the Island of Thasos. She participated at the research project for the exploration and restoration of the ancient theatre of Philippi and she is engaged with the project of studying the sculptural decoration of the monument. Since 2009, she is an academic member of the School of Humanities of the International Hellenic University (Thessaloniki, Greece), where she teaches courses on Roman Art and Archaeology of the Black Sea and the wider Eastern Mediterranean region and she coordinates the annual International Summer School on Ancient Technology. She is the author of a book on roman nymphaea and many papers on roman sculpture and architecture. She is a member of several Greek and International archaeological Societies and Associations. ;

Theodosios P. Tassios, Professor Emeritus of the National Technical University of Athens is an academic, civil engineer, author and writer. He is a member of the Academy of Sciences of Torino (IT), doctor honoris causa of Liege University (BΕ), S.E. University of Nanjing (CN), Democritos University (GR), Aristotle University (GR), Cyprus University, the National & Kapodistrian University of Athens, and the Panteion Unversity (GR). His teaching and publications extend in the areas of Soil Mechanics, Bridge Design, Dams and Tunnels, Concrete Technology and Ancient Greek Technology. He has also dealt with a wide range of scientific, technological and educational issues (European and national regulations, antiseismic protection, monument protection, public works), along with subjects of Philosophy, Education, Language, Terminology, as well as social issues. He has served as expert and consultant of United Nations Organisations and of the European Union, as well as President of international scientific societies. He is honorary President of the Hellenic Society of Philosophy, and President of the Society for the Study of Ancient Greek Technology. He is the author of about 440 papers and 50 books in several languages. In September 2013 he received the International Award of Merit in Structural Engineering (IABSE, Zurich).

'It is high time that a volume surveying the most prominent hydraulic structures of Roman Greece should see the light of day. Readers with a predisposition for this topic will turn to the present book with little prodding; those who study urban monuments will find much of value here as well.' —Rabun Taylor, GNOMON, Volume 93, 2021