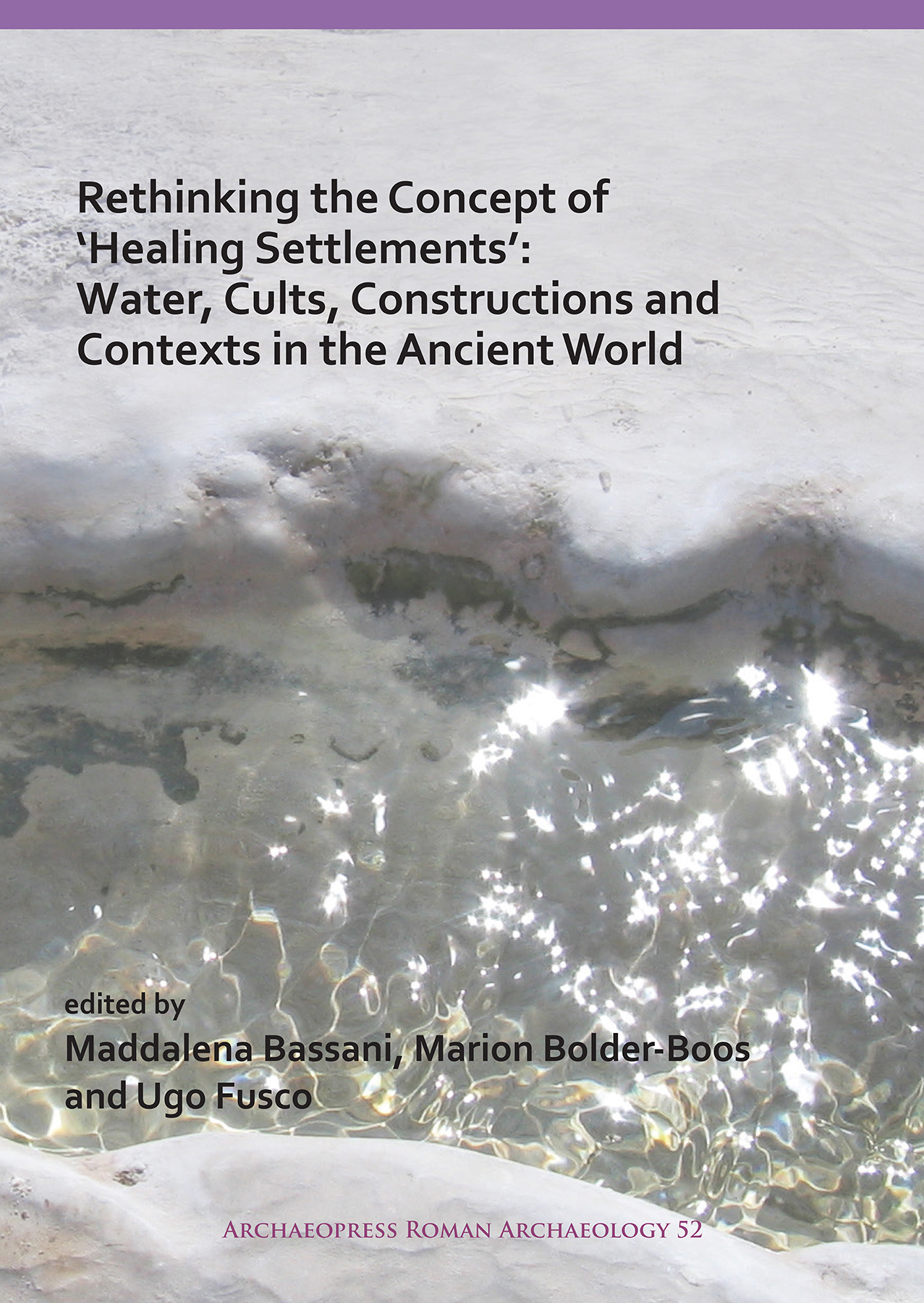 Illustrated throughout in black & white with 15 plates in colour

Rethinking the Concept of ‘Healing Settlements’: Water, Cults, Constructions and Contexts in the Ancient World

This volume brings together papers dealing with therapeutic aspects connected to thermo-mineral sites both in Italy and in the Roman Provinces, as well as cultic issues surrounding health and healing.

‘Rethinking the Concept of ‘Healing Settlements’: Water, Cults, Constructions and Contexts in the Ancient World’ brings together papers dealing with therapeutic aspects connected to thermomineral sites both in Italy and in the Roman Provinces, as well as cultic issues surrounding health and healing. The first part of the book consists of contributions that are focused on the numerous problems concerning the exploitation of curative springs and the settlement patterns at spa sites in terms of topography, infrastructure, architecture, cult, society and economy, emphasizing the particularities accompanying the use of beneficial sources and comparing them to that of common freshwaters. The papers in the second part of the volume concentrate on religious aspects connected to health, fertility and healing, focussing especially on sites located at particular natural surroundings such as caves and water sources. Together, the contributions in this book give us an idea of the amount and quality of research currently being undertaken in different parts of the Roman world (and complemented by one paper on the Greek world) on the topic of health and healing associated with cults and salutiferous waters.

Preface – by Christopher Smith; Part I Thermo-Mineral Waters: From Italy to the Roman Provinces; Methodological Aspects – by Maddalena Bassani, Ugo Fusco; Shrines and Healing Waters in Ancient Italy. Buildings, Cults, Deities – by Maddalena Bassani; The Thermo-Mineral Springs at Veii (RM) and its Territory: New Discoveries and Old Excavations – by Ugo Fusco; Cult and Healing Water in Roman Gaul – by Matteo Marcato; Places of Worship and Healing Water in Roman Germaniae and Raetia – by Cecilia Zanetti; Healing by Water: Therapy and Religion in the Roman Spas of the Iberian Peninsula – by Sérgio Carneiro and Silvia González Soutelo; Preliminary Considerations on Thermal Spas in the Eastern Roman Provinces: The Case of Asia Minor – by Emanuela Borgia; Roman Healing Settlements in Bulgaria: Past Scholarship and Future Perspectives – by Mariya Avramova; Before the Hammam: The Ancient Spas of Roman North Africa – by Jens Koehler; Part II Cult Places and Healing; Cult Places and Healing: Some Preliminary Remarks – by Marion Bolder-Boos and Annalisa Calapà; Sacred Caves and ‘Fertility Cults’. Some Considerations about Cave Sanctuaries in Etruria – by Annalisa Calapà; Hercules and Healing – by Marion Bolder-Boos; Lacus and Lucus: Lakes and Groves as Markers of Healing Cults in Central Italy – by Ingrid Edlund-Berry and Jean M. Turfa; Nomina Nuda Tenemus? The Epigraphical Records of Dedications in Two Healing Sanctuaries in Athens and in Oropos – by Maria Elena Gorrini; Results and Future Prospects – by Francesca Ghedini and Paola Zanovello

MADDALENA BASSANI graduated with distinction in Classical Literature with archaeology specialization at Padua University. She is the author of approximately seventy publications and is a member of the editorial boards for Antenor Quaderni, Hesperìa. Studi sulla Grecità d'Occidente and Venetia/Venezia. Quaderni adriatici di storia e archeologia lagunare. In 2014 she obtained the National Scientific Qualification to function as Associate Professor. | MARION BOLDER-BOOS studied Classical Archaeology, Assyriology and Prehistory at the universities of Heidelberg and Cambridge, attaining her MA in 2005 and her PhD in 2010 from Heidelberg University. She has participated in various excavations (Phylakopi in Greece, Magdalensberg in Austria and Carthage in Tunisia) and has publishing on a wide range of subjects, such as Roman sanctuaries and deities, Roman urbanism, history of archaeology, ancient colonisation and Phoenician and Punic archaeology. Since 2006 she has been Assistant Professor in Classical Archaeology at Technical University Darmstadt. | UGO FUSCO has a BA in Classics and a MA in Classical Archaeology from Sapienza University of Rome, as well as a PhD in Classical Archaeology from the University of Pisa. He has excavated in Italy (Volterra, Rome, Veii and Grumento) and abroad (in London), investigating urban and rural sites. He has worked on various themes including: Roman architecture, prosopography, Latin epigraphy, topography of the suburbs of Rome, Roman archaic history and cults relating to water and mystery. He recently expanded his interests to include Greek architecture, considering the subject of double temples in Greece.

'... this volume should be applauded for its attempt to begin seriously defining the religious aspects of Rome healing settlements—and thus initiating larger discussions in the fields of ancient religion and archaeology.'– Dylan Rogers (2020): Religious Studies Review, Volume 46, Number 2, 2020