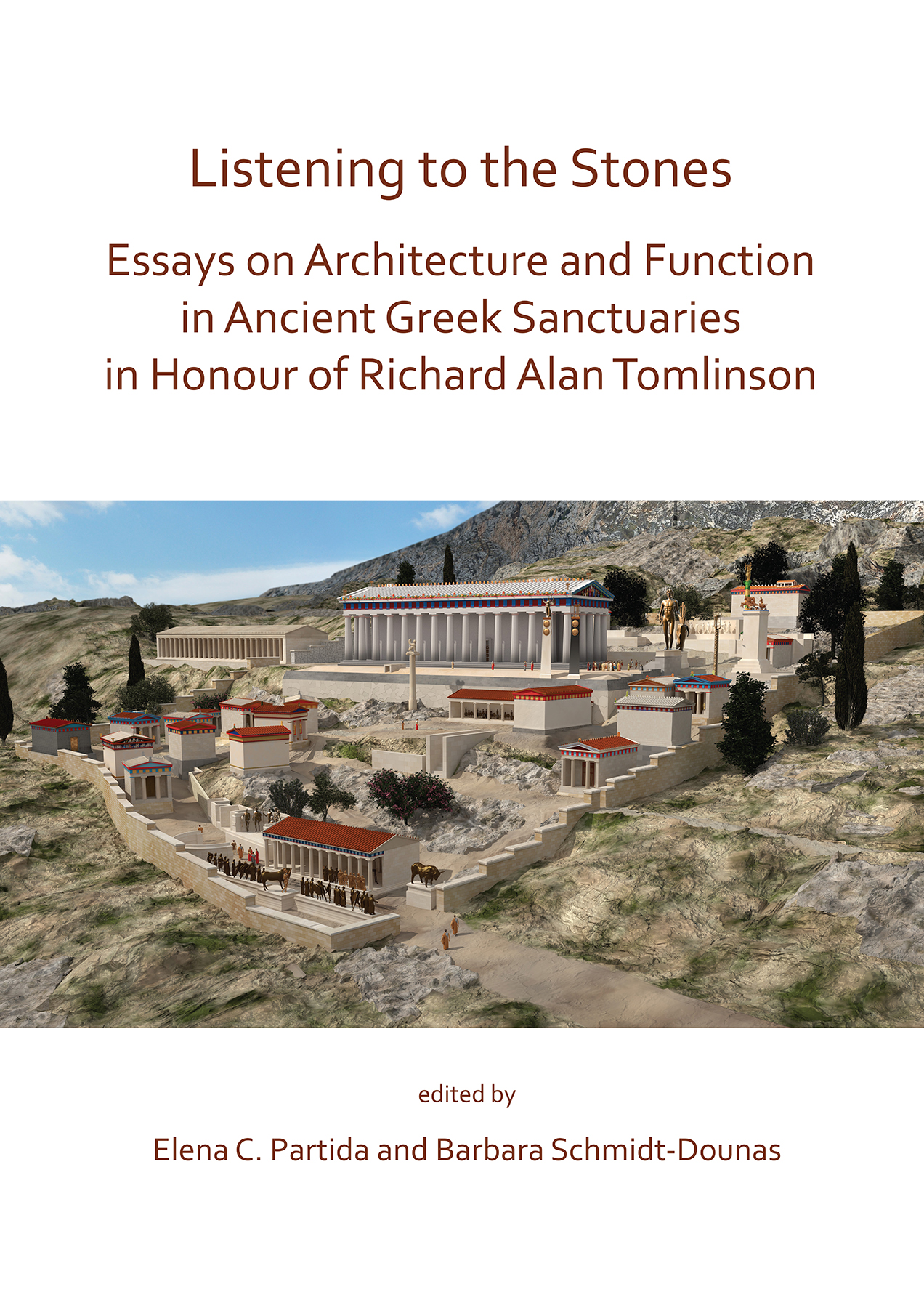 Illustrated throughout in colour and black & white (45 pages in colour) 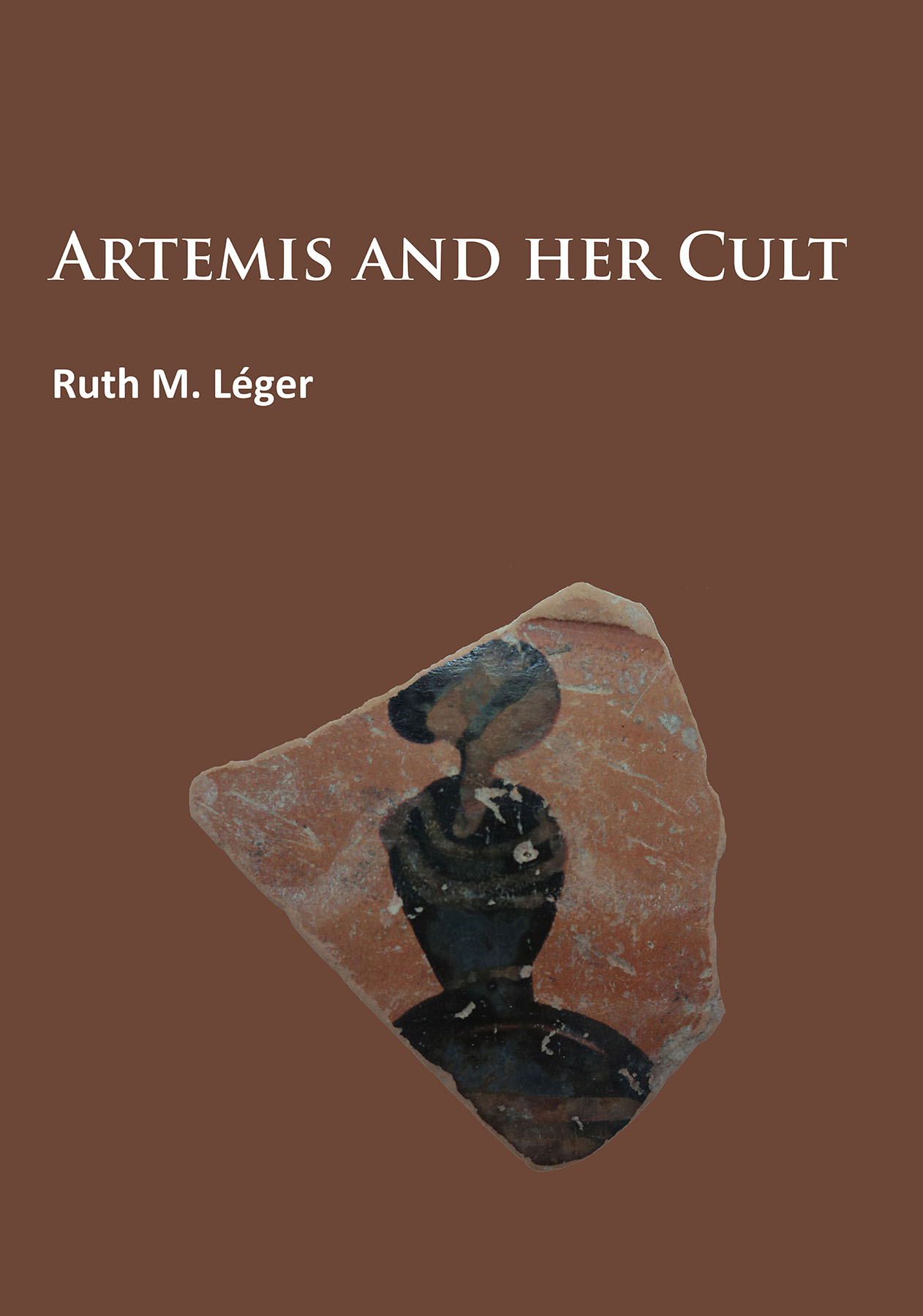 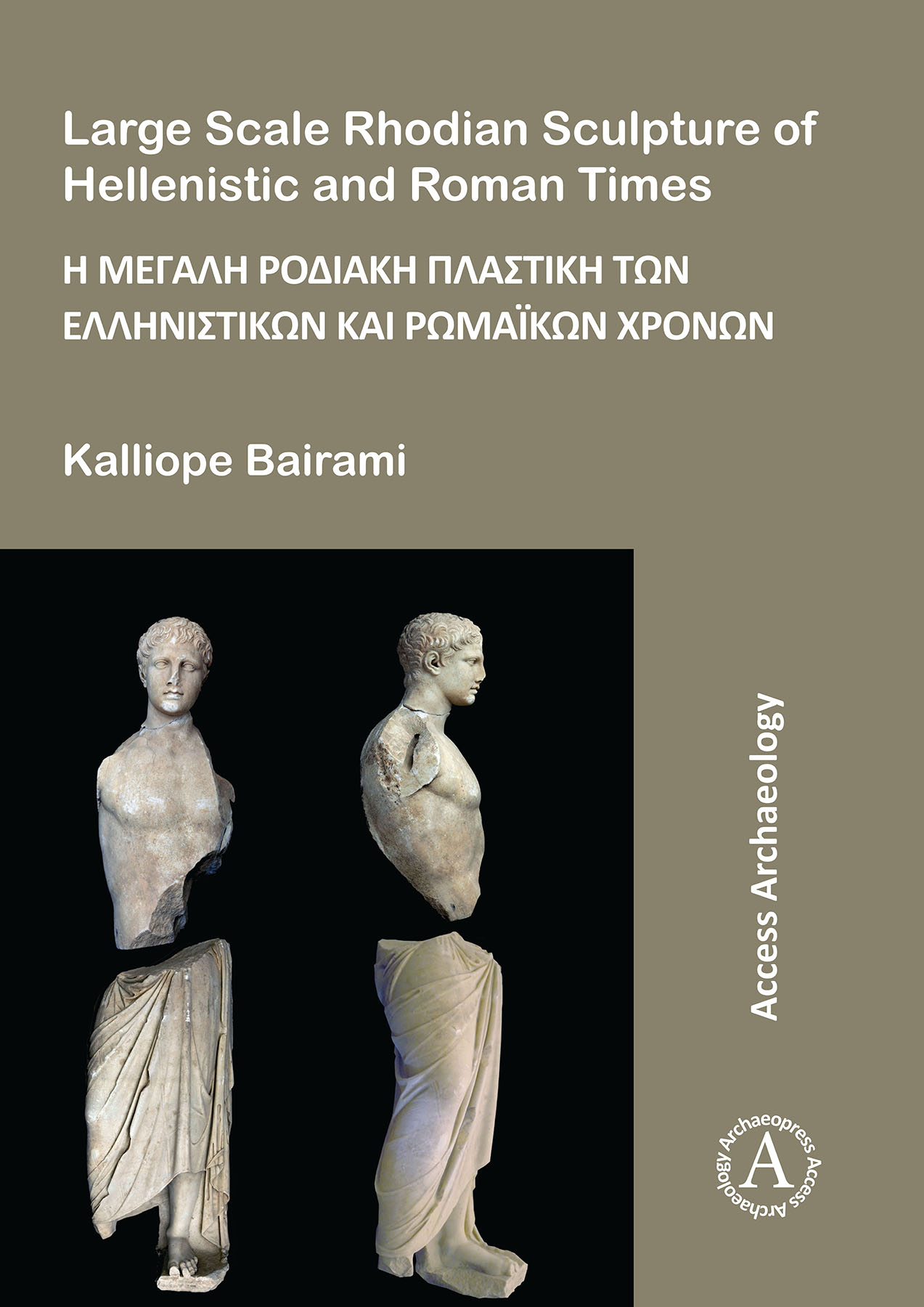 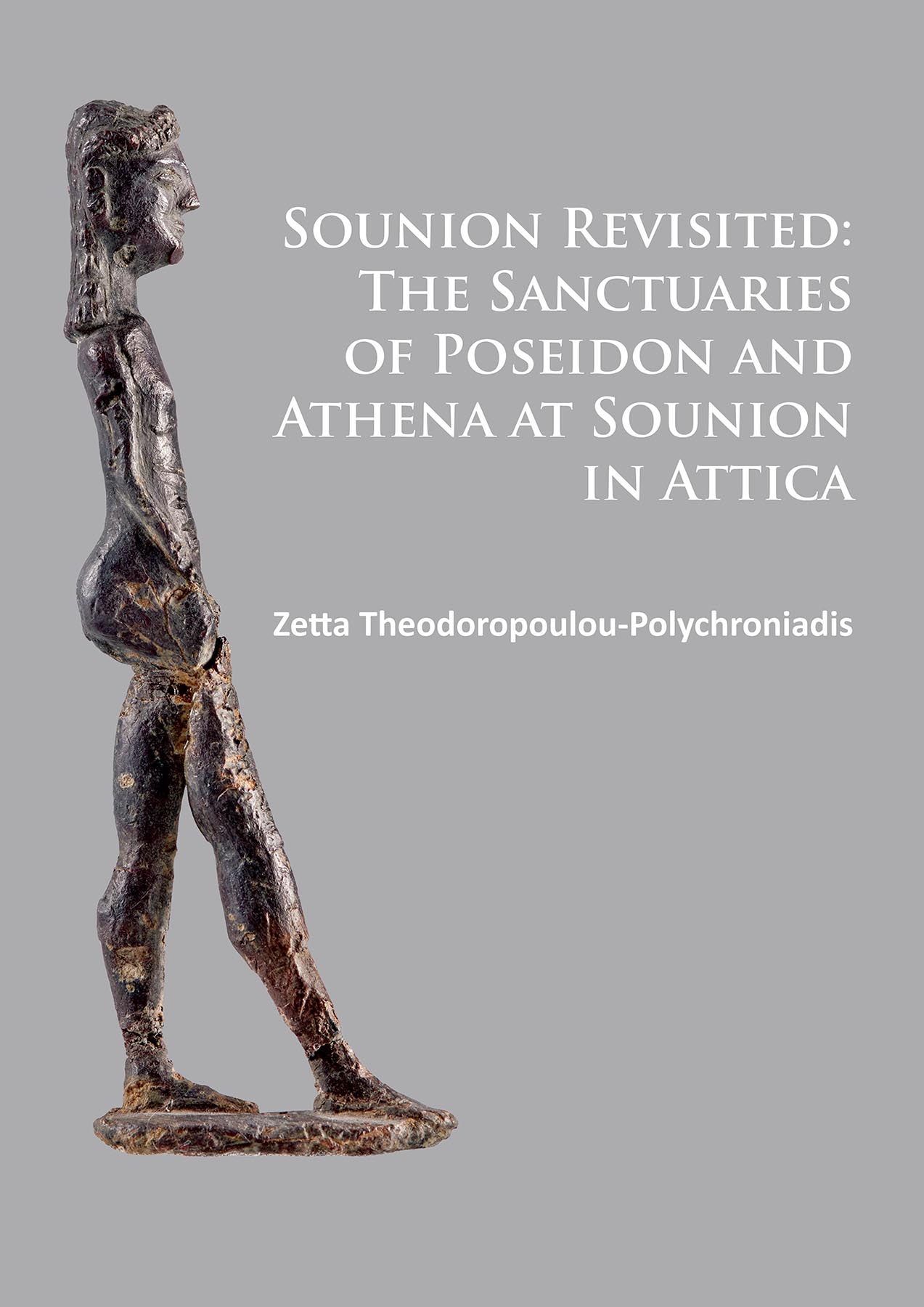 Listening to the Stones: Essays on Architecture and Function in Ancient Greek Sanctuaries in Honour of Richard Alan Tomlinson

This book presents a range of topics, conveying the broad scope of Richard Tomlinson’s archaeological quests and echoing his own research methodologies; it is is a token of appreciation for a British professor of archaeology, who spread knowledge of the Greek civilization, manifesting the brilliant spirit of the versatile ancient Greek builders.

Listening to the Stones: Essays on Architecture and Function in Ancient Greek Sanctuaries in Honour of Richard Alan Tomlinson deals with a range of topics that relate to the broad scope of Richard Tomlinson’s archaeological quests and echoes his own methodology in research. Innovative masonry modes, matters of style and orders, proportions and design principles, as well as the inter-regional connections which fostered the transmission of architectural traditions and technical know-how have been cardinal points in Tomlinson’s writings and lectures, as much as the Greek foundations on foreign soil, the forethought in planning, achievements in the field of engineering and the interaction between the secular, the sepulchral and the sacred premises in an ancient city. The conservative or progressive attitudes of a society usually leave an imprint on architectural creations. So, architecture is subject to evolution along with the developing societies. Its gradual changing signifies the building programs taken up by ancient communities. Within this frame, we better comprehend the function of public edifices, the remodeling of cult sites in accordance with historic circumstances, the role of politics in architecture. This book is a token of appreciation for a British professor of archaeology, who spread knowledge of the Greek civilization, manifesting the brilliant spirit of the versatile ancient Greek builders.

Preface – by Elena Partida and Barbara Schmidt-Dounas
Publications by Richard Alan Tomlinson
Emplekton - The Art of Weaving Stones – by Poul Pedersen
Ionic or Doric – by Barbara Schmidt-Dounas
Observations on the Interior Structure of Macedonian Tombs – by Stella Drougou
The Stoas of the Sanctuary at Dodona – by Nikolaos Th. Katsikoudis
Architectural Practice and the Distinctiveness of Sacred Sites – by Franziska Lang
Town and Sanctuary in Aetolia - Calydon in Context – by Søren Dietz
Politics Reflected on Architecture: An Evaluation of the Aetolian, the Pergamene and the Roman Input to the Religious Landscape at Delphi – by Elena C. Partida
From the Valley of the Muses Via the Kabeirion of Thebes to the Ptoion: The Theatres and Sanctuaries of Boeotia – by Marco Germani
Observations on the History and Topography of Two Major Sanctuaries of Poseidon and Zeus in Aigialeia of Achaea – by Dora Katsonopoulou
The Organization, Planning and Architectural Design of the Sanctuary of Zeus at Mount Lykaion, Arcadia – by David Gilman Romano
Reconstructing Building Height: The Early Hellenistic Hestiatorion Propylon at Epidauros – by Jari Pakkanen
Interpretation of the Current State of the Treasuries Retaining Wall at Ancient Olympia through Staged Historical Back Analysis – by Dimitrios Egglezos
Sacred Architecture in Roman Laconia – by Georgios Doulfis
More Corinthian on Samothrace – by Bonna D. Wescoat
The Sanctuaries on the Island of Lesbos from an Architectural and Topographical Perspective – by Yannis Kourtzellis
Shaping the Ancient Religious Landscape at Kato Phana, Chios – by Lesley A. Beaumont
Topographical Study of Ancient Cos: New Data from the Western District – by Giorgio Rocco
The Tufa Stoa in Cos: A Hypothesis on Its Identification – by Monica Livadiotti
Medicine, Urbanisation and Religion in Classical Cos – by Luigi M. Caliò
Temple and Hestiatorion. The Combined Edifice on Mount Çatallar Tepe (Turkey) – by Frank Hulek
The Role of Carians in the Development of Greek Architecture – by Abdulkadir Baran
Visualising Cyrene: Three-Dimensional (3D) Laser Scanning and the Ancient Urban Environment – by Gareth Sears and Vince Gaffney
New Evidence for Early Greek Settlement on the Acropolis of Selinunte – by Clemente Marconi
Travels Around Greece – by Tony Spawforth, Erica Davies and Marie-Christine Keith

Elena C. Partida is research archaeologist at the Hellenic Ministry of Culture and Sports, and adjunct professor at the University of Patras. She holds MA and PhD from the University of Birmingham.
Barbara Schmidt-Dounas studied classical archaeology, ancient history and prehistory at the Universities Johann Wolfgang von Goethe at Frankfurt/Main and Georg August at Göttingen in Germany. Barbara is a member of the founding board of the Interdisciplinary Centre of Archaeological Studies ‘Manolis Andronikos’ and a director of the Cast Museum of the Department of Archaeology, Aristotle University of Thessaloniki. Barbara is also a corresponding member of the German Archaeological Institute.

The book includes a diversity of topics that examine different aspects of architecture identifiable with Tomlinson's research: matters of construction, design, orders, architectural planning, but also identity, politics and the part architecture played in them, not only enriching our knowledge of specific sites and buildings, but also emphasising the value of architectural analysis.